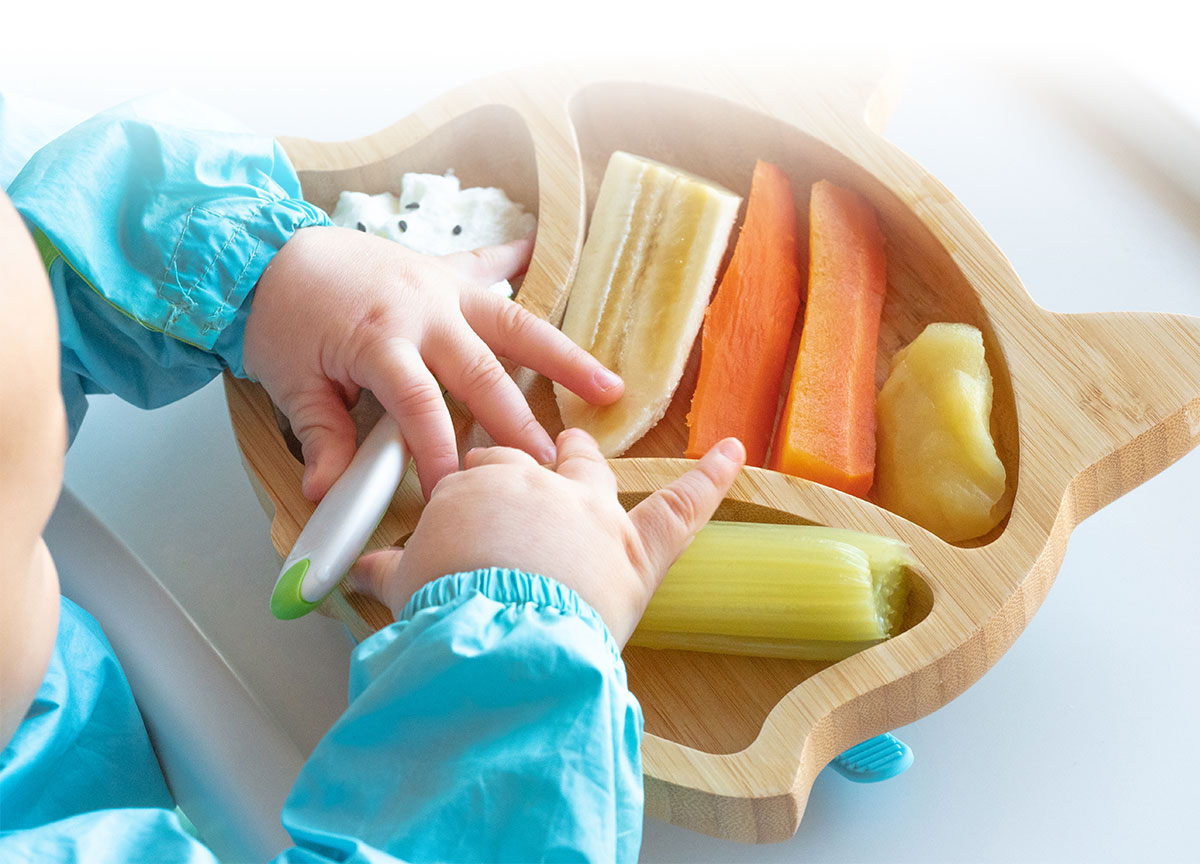 Paediatric healthcare professionals frequently bemoan the lack of an evidence base for their practice. This is particularly so for constipation in childhood, and aspects of the National Institute for Health and Clinical Excellence (NICE) reflect this. The main definition of constipation given by the NICE guidelines are abnormally delayed or infrequent passage of hard stools (fewer than 3 complete ‘rabbit droppings’ to ‘sausage’ stools per week). It is often accompanied with pain and/or straining, foul smelling wind and stools and excessive flatulence, irregular stool texture, occasional enormous stools or frequent small pellets, soiling or overflow, lack of energy, irritable mood and general malaise1.

There have been advances in the subject which form the basis of this article, coupled with clinical experience with this problem. This is important because constipation is more common in pre-school children than in all age groups under 75 years2.

Prevention of constipation in infancy

The best way to prevent constipation in infancy is to encourage breastfeeding. In addition to lactose, breastmilk contains indigestible carbohydrates that ensure that the large bowel flora is composed of Bifidobacteria. Bifidobacteria can help to prevent the development of allergies and infections, and also produce soft bowel actions. These indigestible sugars that feed the bifidobacteria are called ‘prebiotics’ and at a concentration of about 11g/l, form the next largest constituent of breastmilk after lactose, fat and protein3. Hence, breastmilk contains large amounts of natural laxative, reaffirming the importance of avoiding constipation. As a result, most breastfed babies regularly pass loose, frequent stools4.

Some infant milk formulae contain a blend of Galacto- and Fructo-oligosaccharides (GOS/FOS), which are very efficient at promoting a Bifidobacterial bowel flora conferring the expected protection against allergy, infections and constipation, and these can be recommended for the dietary management of constipation in bottle fed infants6,6.

Assessment of constipation in infancy

At 4 weeks of age, most babies pass between 1-5 stools per day which vary between liquid and hard. But some, especially breastfed babies, can also pass up to a week without bowel movement. As long as stools are soft, there is no constipation issue7. Stools become firmer and less frequent in older children. The parents should be able to supply a reasonable account of the frequency and consistency of their infant’s stools, assisted by reference to the Bristol Stool Form Chart. The appearance of the stools on the chart correlates with the water content of the stool, and the time the stool has taken to traverse the bowel. The higher the stool type number the more the water content and the shorter the intestinal transit time. The chart really comes to its own in coaxing information from older children too shy to talk about this sensitive subject. In infants in nappies the stool appearance will be altered by being mixed with urine and by being sat upon!

The most important item of information in the history is to try and establish when meconium was first passed. Full-term babies pass meconium within 48 hours, premature babies may take longer. If passage of meconium is delayed, followed by continuing constipation, then Hirschsprung disease should be considered. The 1 in 5,000 babies affected will have abdominal distension and gain weight poorly. As a rule of thumb infants who have constipation in the first week of life should be referred for exclusion of Hirschsprung disease. In breastfed infants, this should be extended to the first month of life as constipation is more unusual in breastfed babies. Other babies who should be referred on for further assessment are those who do not respond to the treatments outlined below.

Treatment of constipation in infancy

NHS Choices makes sensible general recommendations, such as giving extra cooled boiled water between normal feeds, and if using formula milk, ensuring the formula is made up exactly as directed by the manufacturer and not diluted or over-concentrated, gently moving baby’s legs in a bicycling motion, or carefully massaging their tummy to help stimulate their bowels7. For weaned babies, it recommends giving plenty of water, encourage them to eat fruit and never forcing them to eat food if they do not want to7.

Based on studies in adults with abdominal pain and constipation, further topping up of ‘friendly’ bacteria can help8. The theory is that increased lactic acid production in the colon by these bacteria stimulates contractions of the colon. Babies receive their first dose of friendly bacteria from their mothers, during vaginal delivery. Disturbances in bowel flora in infancy are likely following caesarean birth when the child is born into a sterile environment. Antibiotics are frequently given, especially to preterm infants and to prevent Group B Streptococcal infections. Premature infants in particular do not readily establish a healthy bowel flora as they are delivered into a very clean environment and the same applies, to a certain extent, to full-term babies9. All these factors predispose to delayed or abnormal development of a healthy bowel flora, with risk of gastrointestinal disturbances. Options include giving the mother a probiotic supplement, such as Actimel®, with each meal, if breastfeeding. Sometimes the baby’s intestinal tract needs a top-up as well, in which case around 5ml can be given (depending on age) by syringe or spoon with each feed. These milk-based products could cause problems where a cows’ milk-free diet is required, in which case BioGaia Lactobacillus reuteri Protectis Drops or a BioCare probiotic preparation can be tried.

There have been a number of controlled trials of laxative treatment, principally comparing laxatives based on polyethylene glycol (PEG) with lactulose. These trials have recruited mainly children older than 2 years but some have been as young as 6 months, and there have been reports of children receiving PEG-based laxatives from birth10. Generally PEG outperformed lactulose. PEG laxatives work by increasing stool water content and directly triggering colonic propulsive activity and defection rather than stimulating the bowel like senna. The resulting contractions can be painful in a child who is likely to be in pain from constipation. Lactulose also softens the stool, but lactulose ferments in the gut producing gas which can cause painful distension of the gut. By contrast, PEG passes through the gut unaffected by gut bacteria and cannot form gas. PEG-based laxatives have revolutionised the management of childhood constipation. Doses are less established in infants but early and limited personal experience has been that they respond well. Experience has shown that the dose required averages 1g/kg/day PEG. Movicol Paediatric Plain® packets contain 7g PEG10.

Once the infant is passing regular stools, painlessly, the next question is how long to continue with Movicol? I advise that, although a child may be having normal stools, treatment should be continued. If the treatment was no longer required their stools would become loose, as would happen if Movicol was given to someone without constipation. If a time limit for stopping treatment is set (for example after 6 months) this is likely to result in a return of symptoms of constipation. If the child starts to produce loose, frequent stools this is the time when the dose should be progressively reduced and eventually stopped.

Breastfeeding is the best way to prevent constipation in infancy. If a baby is bottlefed the formula should contain prebiotic oligosaccharides. The next step is to ‘top up’ friendly bacteria. PEG-based laxatives can be used to reliably soften the stool. Onset of symptoms at birth (or in the first month in breastfed babies) should be tested for Hirschsprung disease by rectal biopsy. Failure of this regimen should lead to referral. Due to the lack of evidence, the paediatric gastroenterologists to whom you send the baby will probably be scratching their heads as to what to do next! Detailed investigation for food allergy may be the way forward.

Concept by Professor DCA Candy and Emma Davey, based on the Bristol Stool Form Scale Produced by Dr KW Heaton, Reader in Medicine at the University of Bristol. ©2005 Produced by Norgine Pharmaceuticals Limited, manufacturer of MOVICOL® Paediatric Plain

Opinions expressed by the author are not necessarily those of the publisher or editorial staff.