A case of severe atopic eczema

This case study reviews the case of 'baby A', who developed facial eczema at 1 month of age and reviews the various options tried by the family and medical team to help resolve these symptoms. 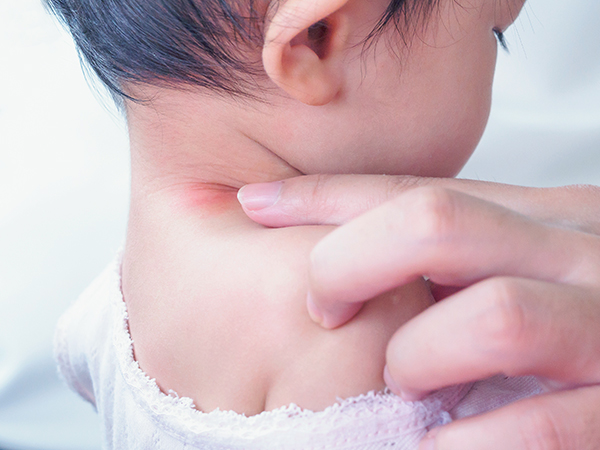 Baby A was born at full term with no postnatal complications. He was exclusively breastfed, but at 1 month of age he developed facial eczema which did not respond to emollients and soap avoidance.

Due to both parents suffering from hayfever, mum was advised to omit cow’s milk, egg, soy, wheat and nuts from her diet. She followed this diet for 2 months without it impacting on baby A’s eczema. On the contrary, he now had generalised eczema, which required topical steroids and caused significant discomfort and his weight had dropped from the 75th centile at birth, to the 25th centile. Baby A was then referred onto a paediatric allergist and seen at 4 months of age. Due to the severity of his eczema and a reduced amount of normal skin, specific IgE testing was performed instead of skin prick testing. The total IgE level was 1732 U/ml with specific IgE testing of >100 U/ml to milk and >100 U/ml to egg. The IgE results revealed no allergy to all nuts, wheat, fish or soy. Maternal dietary exclusion of cow’s milk and egg was discussed with mum, but she felt that she had already tried that and was too exhausted with his disrupted sleeping pattern to continue breastfeeding. She wanted to wean him onto a suitable hypoallergenic formula.

An extensively hydrolysed whey formula was suggested, which mum introduced without any difficulties and within 2 weeks he was fully bottle fed on this formula. Unfortunately his eczema did not improve after consuming the formula for 1 month and his weight had now dropped to the 9th centile. At his next clinic appointment, when he was 6 months of age, he was changed onto an amino acid formula and was advised to commence on cow’s milk and egg free complementary foods. Within 5 days, mum could see a marked improvement in his eczema and after 3 weeks on the amino acid formula and simple weaning foods his eczema had totally cleared up and his weight had increased to the 25th centile.

Could this case have been managed better? Maternal dietary exclusion is often suggested for breast feeding mothers of infants with atopic eczema. The Cochrane review in 20071 suggests caution in the use of unwarranted antigen exclusion diets, due to its impact on the mothers nutritional status. There is evidence that food proteins from milk, egg, peanut and wheat are excreted in breast milk and may cause adverse reactions during exclusive breast feeding. In infants with atopic dermatitis, the risk of being sensitised to milk was four times higher, and to egg eight times higher2. In this case maternal exclusion of cow’s milk and egg would have therefore been warranted for 2-4 weeks, but further exclusion of soy, wheat and nuts is questionable and would require significant dietetic input and follow-up to avoid maternal nutritional depletion.

Following the unsuccessful exclusion of maternal dietary antigens, was the choice of hypoallergenic formulae appropriate? Host et al.3 suggested the use of β-lactoglobulin as a useful guide for the choice of hypoallergenic formulae. The cow’s milk protein β-lactoglobulin can be detected in the breast milk of 95% of lactating women4. Likewise, low amounts β-lactoglobulin are present in extensively hydrolysed formulae, whereas there is no β-lactoglobulin present in amino acid formulae3. In this case, an unsuccessful maternal antigen exclusion diet should have given the clinician an indication that the infant would not improve on an extensively hydrolysed formula due to similar β-lactoglobulin levels and an amino acid formula was indicated. A recent systematic review by Hill et al.5 found that children with non-IgE mediated food-induced gastro-enterocolitisproctitis syndromes with failure to thrive, severe atopic eczema, or with symptoms during exclusive breastfeeding were more likely overall to benefit from an amino acid formula. Several studies have also shown better longitudinal growth on an amino acid formula6-7.

In conclusion, the tolerance of β-lactoglobulin in breast milk is an extremely useful guide to decide on a suitable hypoallergenic formula. Breastfeeding should be supported by healthcare professionals and a maternal allergen exclusion diet is indicated as first line treatment in children with severe atopic eczema. In the absence of breast milk, the choice of hypoallergenic formula can be guided by whether the infant had symptoms whilst being breastfed or only on the introduction of cow’s milk formula. If this knowledge was applied in baby A’s case, the infant would have received appropriate treatment much earlier and his growth may have not been affected so significantly.

Understanding the difference between lactose intolerance and Cow’s Milk Allergy