Breastfeeding and mental wellbeing: the role of oxytocin, the ‘love hormone’

In this guide for healthcare professionals we take a look at the role of oxytocin. 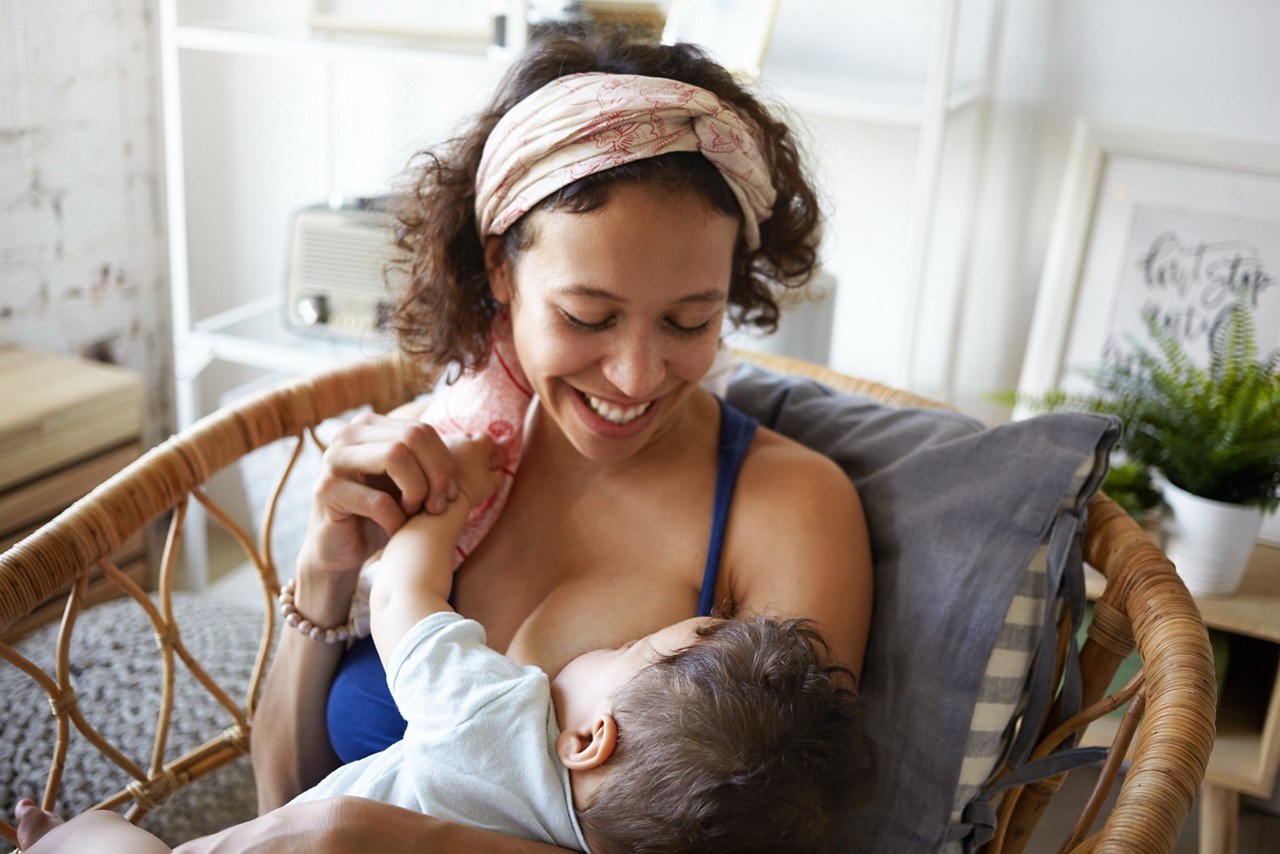 Breast milk is scientifically proven to be the best foundation of early life nutrition, containing all of the essential nutrients required to support an infant’s healthy growth and development1. The Department of Health and the World Health Organisation recommend exclusive breastfeeding for the first six months of life2,3, but in addition to breastfeeding being the optimum source of nutrition for babies, it has also been shown to have a number of health benefits to mothers too. Breastfeeding can reduce the risk of maternal breast and ovarian cancer4,5,6, and evidence suggests it may also positively influence mental health, including lowering the chance of post-partum depression7,8.

The mechanisms of this are not completely understood, however, there has been an observed link between positive effects of mood during breasfeeding and increased levels of oxytocin8.

Oxytocin is often coined the ‘love hormone’, and has been seen to decrease feelings of stress, decrease sensitivity to pain and stimulate healing and growth processes9. It is an important hormone for social development playing a large role in infant to mother attachment and bonding9.

Oxytocin plays a large physiological role in both childbirth and breastfeeding and it also causes the uterus to contract during initiation of labour. In relation to breastfeeding, oxytocin is released when an infant is sucking, which causes muscle cells, surrounding the glandular (milk producing cells), within the breast to contract and push milk to the nipple to allow feeding10. The mother therefore has increased levels of oxytocin during breastfeeding which can increase the feeling of love and the bonding between the infant and mother.

Suckling is not the only way oxytocin is released in the mother as it is also released via skin-to-skin contact between the parent and infant11. Skin-to-skin contact in the time following birth can increase bonding and feelings of mutual relaxation and comfort. It has also been linked to longer term benefits for mental, but also physical, wellbeing. The parent-infant relationship has seen to be stronger even a year after birth for infants who had skin-to-skin contact with their mother in the first few hours of life and this is thought to reduce levels of anxiety in mother and infant12.

Oxytocin isn’t the whole story, as another factor in play is the hormone prolactin. Prolactin is released during breastfeeding, and lower levels have been found in mothers who experience postpartum depression, in comparison to mothers without depression13. It is thought that increased prolactin levels reduce activation of pathways in the brain, which lead to a lower stress response14. Therefore, prolactin is another hormone, like oxytocin, which is released during breastfeeding, and linked to reducing anxiety in new mothers.

In summary, the hormones oxytocin and prolactin have been shown to have a number of benefits to both mother and baby. Successful breastfeeding has been seen to promote a sense of maternal well-being and a positive breastfeeding experience has been shown to reduce mental stress, anxiety and post-partum depression in mothers8.

We have over 40 years of breast milk expertise with a dedicated team of around 250 specialist scientists collaborating with hospitals, laboratories and universities worldwide to ensure we’re leaders in this field. At Nutricia, science is at the heart of our nutrition and health commitment to help healthcare professionals support parents during the first 1,000 days. Our research and innovation delivers evidence-based nutritional solutions to support a child’s lifelong health, combining our expertise with years of professional experience to develop a portfolio of products to support the nutritional needs of mums, mums-to-be and their babies.

How to support breastfeeding mothers